Yet Another End of Billable-hours Story 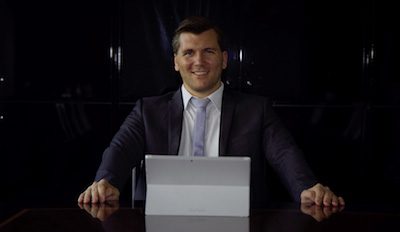 Last week I was reading Yet Another End of Billable-hour Story “YAE-BS” and decided the time is ripe for change in the legal industry: we need to see the end of YAE-BS.

I have been reading YAE-BS tirades for 15 years. They are trotted out by people who want to show that they are innovative and forward-thinking; by recycling the same YAE-BS talking points.

We all know the YAE-BS talking points now: no other industry-one else uses time recording, we need to charge for value, time billing is charging for input and not output/value, time recording was invented by accountants to control lawyers, time recording is old and therefore must be bad, billable hours lead to evil lawyers charging poor innocent clients unconscionable amounts of money, some unfeeling capitalist mega-firm scolded some brilliant young lawyer for not meeting their targets and so now they have left and are disrupting the legal system by writing YAE-BS. Did I miss some? Comment below. And add a time charge, too, if you are feeling rebellious.

A consideration of the YAE-BS quickly shows how they are in error. When human services are provided, there is a typically a strong correlation between time spent and value. For example, constructing a building will require materials (bricks, concrete, steel) but also labour. Building contractors charge for time spent working on the building and the time * hourly rate is a reasonable approximation of the value that they are adding. Hairdressers charge more for a 2-hour wash and perm than a 20 minute trim.

Anyone who can Google “logical fallacies” can quickly find reasons to disregard the rest of the YAE-BS. Of particular distaste is the prevalence of ad-hominem attacks on the “luddites,” “pre-21st Century”, “naïve idiots” (to quote some recent YAE-BS) which must surely serve as a red-flag for the lack of cogent reasoning therein. Personal attacks on fellow practitioners for using commonly accepted business practices is unprofessional and unbecoming of the YAE-BS authors.

There are certainly good use cases for alternative fee models. Clearly defined and closed-ended matters can have fixed fees. Speculative matters might be done on contingency. Variable claims for reward might be done on revenue share of return. But ultimately, all of these models have a relationship back to the amount of labour expended in doing the work. This is because the client always has an alternative of hiring a lawyer on a salary (as an employee or contractor).

It might be that a lawyer could do an hour of work and save a client millions of dollars in tax (indeed, I have done that on a couple of occasions with merely an hour or two of work). The value to the client is clear (millions of dollars saved), and perhaps some enormous fee could be charged. But of course, the client can see that instead of agreeing to a percentage, they would be much better off to pay an hourly rate, and so they will push for a stronger correlation between effort and reward.

To doubt this demand for a correlation between effort and reward is to buy into the fallacious thinking of homo-economicus: that humans are merely rational utility-maximisers. This is the same thinking that believes that given the option of accepting or rejecting a proposed split of $100, it would be rational to accept merely $1 because it is more than the $0 received if the offer was rejected! In the real world, people will punish those who do not propose a reasonable split by rejecting it even though it is to their own detriment.

By now, it should be obvious why billable hours will not disappear. Indeed even YAE-BS writers who gloat that they only charge fixed fees still have a correlation between the fixed fees and the amount of hours that go into each task – they are merely masking that they are time charging.

How To Escape Time Charging

There is only one way to escape time-based charging: produce legal work output that is not dependent on human labour input. That is, instead of selling human services, selling intellectual property.

Each of these can be produced or reproduced for clients and sold for the value that the client receives rather than the input. Of course, this is an entirely different business model and risk/reward proposition; the reward is only on the long-tail distribution. That is, most authors, performers, and tech companies are terribly remunerated, but a small number of them are exceedingly remunerated.

I straddle both: with the service-selling Cartland Law and the software selling Cartland Tech. And although I see huge opportunity for improvement in legal services, there is no need to attack things just to pretend to be innovative.