Why Lawyers Should Wear Suits

A few years ago, the start-up culture began infusing into the legal profession. Trendy offices began appearing with bean bags, ping pong tables, and silly job descriptions like “Chief Happiness Wizard.” I do think that there are many things that the legal profession can learn from modern technology companies. However, dressing in daggy clothes is not one of them. There seem to be a few lawyers who try and demonstrate their innovativeness by proclaiming that they don’t wear suits. (I would have thought one would show innovativeness by one’s work). So here is my views on why lawyers should wear suits.

Lawyers have a duty to dress professionally when they appear before the court, and the court sets rules on what is proper attire. It is largely settled that wearing a suit is proper attire. Except of course where it is more appropriate to wear a gown or wig and gown. But this is not an article on “need.” I am considering whether we “should” wear suits. A lawyer who does not appear in court often (such as myself) does not have that court obligation impressed upon them. However, a lawyer who does not go to court still should wear a suit for the reason that they could go to court. I recall a colleague having to inappropriately overdress in a wig and gown for a minor hearing because they were wearing tracksuit pants and sneakers to what they thought was a day off when they were urgently called into court. You shouldn’t be caught in inappropriate attire. It also demonstrates your ability to do something (appear in court) even if it’s not an immediate task. The foreman of a building site still wears workwear even though they might not be on the tools. So too, should a lawyer be able to “pick up their tools” and go to court. Or at least signal to other members of the profession and the public that they are part of a class of people who can do so. 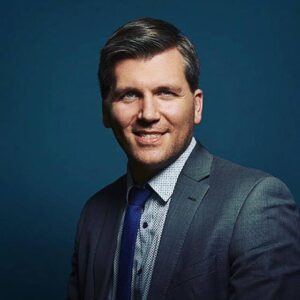 Pope on a Stool

We have a lot of traditions, many of which you might struggle to create abstract rational reasoning for. Would a person that was designing workwear from scratch for lawyers chose a suit? Maybe not. But just like the QWERTY keyboard layout, which was designed intentionally to be inefficient and slow down typing rates for typewriters so that the keys did not jam, it is something that we are now stuck with. And these potentially arbitrary traditions create institutional support and respect. Imagine if the Pope sat on a stool in tracksuit pants. Would he appear less important or fanciful than he does wearing ornate robes sitting on a historic throne? Of course not. And so, while we could potentially invent something better if we were starting from zero, that is not where we are starting from. By being part of a tradition, that of suit-wearing lawyers (and other traditions too, such as wigs and gowns), we are maintaining the institutions which we are part of. And the respect for those institutions is very important. Imagine if there was a Judge on a bar stool in their tracksuit pants who sentenced someone to life imprisonment. How serious would that really seem? The law has the potential for serious consequences across society, and it is important to maintain respect for that so that the seriousness can be impressed upon people.

It Advantages Your Client

I went to a public school where we wore a much more relaxed uniform than the private schools that had to wear ties and blazers every day, except for the debating team. The debating team had to wear blazers and ties, and the school would even loan them to students to ensure that they have them available. Why? Because they found that the uniformity and professionalism of smartly dressed private school uniforms gave a psychological advantage and intimidated more casually dressed students doing debating. And so, just like swole muscles and bad tattoos might be physically intimidating, so too is a sharply dressed lawyer intimidating in their field – intellectually. Because to pay attention to how one appears is to show the attention to detail that you have in all other aspects of your life. This is why it is important to always have good grammar and proof reading, even in casual emails and letters, because it shows that you have trained in attention to detail that you cannot give up. It means that you have adopted a rigorousness to your work, and that will advantage your client. And rigorousness is important because, as a lawyer, you’re trying to avoid long-tail risks: an unlikely but catastrophic event. Missing a critical clause in a contract, not finding an important precedent, or missing a statutory deadline. All things that are small errors but with potentially catastrophic effects. The way to prevent “Black Swans” ruining a client’s matter is by being disciplined following heuristics and traditions. 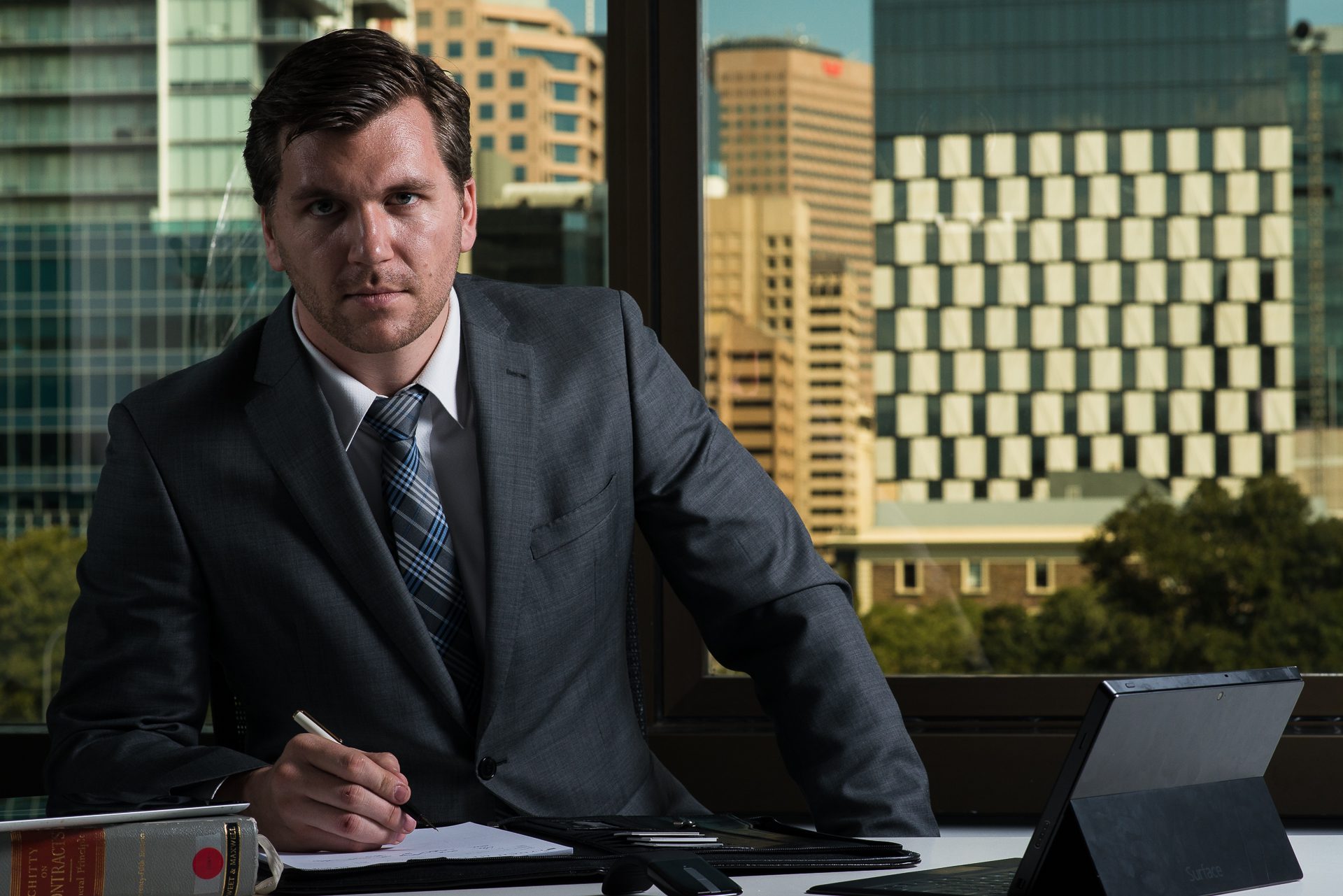 The brain only has so much capacity for making decisions every day. If it becomes overloaded, you get fatigued. It is for this reason that we are not mindful of everything that we do and need to run on autopilot lest we be overwhelmed. Wearing a uniform cut down the need for making decisions each day as to what to wear. You don’t need to decide whether some part of the outfit goes with another part. A well-presented wardrobe of suits, shirts, ties, and accessories should make decision-making minimal. Indeed, this was one of the ideas behind the creation of the modern suit – a uniform. Previously, men would wear fancy and ornate clothing: look at Baroque France for such extravagance. This is the reason why Steve Jobs and Mark Zuckerberg wear the same clothes every day – it just makes their life easier. But besides being easy, a suit actually makes you look good. People are more trusting to someone wearing a suit. You appear more dignified and respectful in a suit. You look more successful. You just look better. Given the choice, wouldn’t you want to look like the best version of you?

It may seem contradictory, but wearing a suit is at once egalitarian for its uniformity and egalitarian for its ability to create hierarchies. Firstly, wearing a suit is a minimum standard of uniform that brings everyone, no matter what their wealth level or background, up to a certain starting point. Even the first-year intern wearing a $100 microfibre suit looks like they are part of the same team as the partners who have tailored Armani suits. Sure, the Armani suits are better than the microfibre ones, but there is a certain level of baseline that everyone has. And, particularly for those who do not come from a wealthy or connected background, it is an easy uniform to understand. Compare this to trying to fit in with fashionable cliques where only insiders know the rules as to what constitutes good dress and what doesn’t. Or in the absence of some uniform where there could be ostentatious displays of wealth that stratify the differences of appearance. Secondly, there is a subtle ranking and progression in suits. Going to your first job interview, you might wear a $100 microfibre suit. Getting paid employment, you might buy your first woollen suit. And upon promotion to partner, you might get a tailor-made suit in Hong Kong. This small but noticeable possibility for advancement enables people to better themselves in life. The true test of egalitarianism is not immediate but over time. That is, there is a progression of starting poor (babies have no money), accumulating skills and usefulness, and then beginning to accumulate wealth over your life. If society was perfectly equal, you would have no more money or knowledge at 60 than you do at 20. So, it doesn’t matter if you are presently less wealthy if you can become more wealthy in the future. Everyone, given time and saving, could obtain the most expensive normal suits should they want to. Not having some method for advancement in station is unegalitarian. If the most successful are there by reason of inheritance, then one cannot improve their station. In my view, the start-up culture of wearing casual clothes everywhere is similarly unegalitarian. There is no way of showing your progression. Everyone wears jeans, sneakers, and a hoodie. All that matters is who you are. And there can be only one Mark Zuckerberg or Steve Jobs. And if you are not that one person, then you are below them like everyone else. You can never become Steve Jobs, and you can never advance yourself in a demonstrable way over time.

It might seem unfair that this entire article is designed at men’s fashion.  Therefore, should I comment on ladies’ fashion?  No.  There is enough mansplaining in the world.  But I hope that the principles in this article are of general enough application that something could be derived from them if you don’t wear a suit, whether for reason of gender or for reason of working in another industry.  If you’re in another industry, where wearing suits is not the norm, then I’m sure a similar article could be drawn, but with analogies to the chosen uniform.  Or maybe, you might decide that wearing a suit looks pretty good.